When I was diagnosed with diverticulitis, the doctor told me that the way to avoid this in the future is to not get constipated. 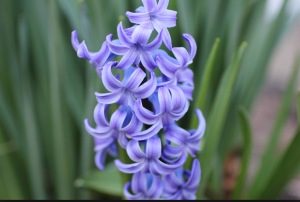 I must say I can count on one hand the times I have been constipated in my life.  My poop seemed to be the most important thing on everyone’s mind.  Like wack-a-mole bouncing in and out of the room with one question.  Have you pooped?

After the diverticulitis healed, I went back to my fiber infused diet.

I don’t like the word poop and, for the most part, thought it was just used by children or talking to children to distinguish between number 1 and number 2  Although my mother didn’t use the number designation nor explain it to me so I never REALLY knew what everyone was talking about.  My mother used  the word bowel movement or BM   *shiver…while more anatomically correct, I still cringe when I hear those words!  Through my life, I have occasionally thrown out the “shit” word as an expletive so you would think I would be okay with it, but I would find it offense if the doctor in his pristine white jacket adorned with his embroidered name would walk in and say, Have you shit?

Prior to kidney surgery, I was required to clean my colon.  YES! I must say that walking around with a pristine colon is something that I wouldn’t mind sharing with others.  But I couldn’t figure out how to bring it up.  I vote that that our colon health is more important than appendage length, manscaping or female breast size or shape but as a society, we roll those topics off our tongue ad nauseum.

After kidney surgery, every time a doctor or nurse walked into the room the conversation began with those 3 words “have you pooped”.  I later learned that these folks aren’t so concerned about whether I have pooped or not but really just want to know if I have passed gas.  Why don’t you just ask?

Yesterday at the week followup the doctor’s first question to me in front of him was, “Have you pooped”.  Heretofore, he had no idea that I even participated in that crap.

Enter Doc-Q-Lace, the medication used to soften the whole process so as to avoid pain while the insides are healing.  I looked this morning and it really works…kind of a soft, petal like event.

I actually started this post because I went to the internet to look up words to be used instead of poop.  Ya…don’t do that…I’m totally screwed up now.