I’ve been a lot of places since the plane arrived in Kansas City last Monday night.  All of them have been confined within a 15 mile area between our home and St Lukes Hospital in Lee’s Summit.  Many are morphine drenched dreams but most are just trying to figure out how in the hell this happened to me.

During lunch Saturday, I started getting this twinge in my stomach – within an hour, I told him that I needed keys to the room that I wasn’t feeling good.  I made it down the steps and approximately 6 steps to our car when I yelled that I needed him to drive me to the room.  I knew I was circling the drain fast and really had no other option than to buckle down – call from my strength within and tolerate the searing pain until we could get back to the states.  The hospital was not even an option especially after I read about the Corozal hospital on-line 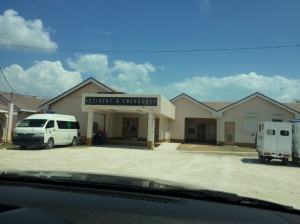 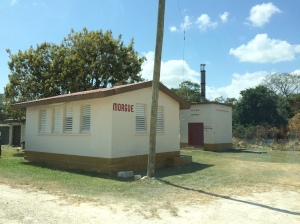 So that is what I did.  I slept – I could make it on very short little walks – airplanes, airports and thankfully wheels down KC.  After the CT scan at St Luke’s Hospital, I was told it was two abscesses/diverticulitis  which were causing the knife like pains….oh, Mrs. Brown, what we also found on the CT scan was an 8cm tumor on your left kidney which has a 90% chance is cancer.  da dada daaaa!

Prognosis is good – several docs have looked at the scan and a later one of my chest and believe that the cancer is contained in the left kidney.  They will take it out and as the urologist said – I should be able to live a long and normal life.

That’s it for now.  As many times as this revisits my head in a day, I’ll be back to talk about it all later.

6 thoughts on “Oh! and by the way…you have kidney cancer…”