Mother is fine.  She wanted to dialogue with me about what happened this morning.  I decided to treat her as a small child and not give her any attention for her bad behavior…I had to go over to deliver mail and take a package inside for them…she followed me around asking me inane questions about it..figure she will probably use it to get to go to the doc…”he” and I both told her that Aunt Frances did the right thing calling an amb because she wasn’t responding…she remembers being nasty to the amb crew…I think she wanted me to tell her it was okay.  It was not okay…I just told her that nothing could be done about it now and I had to go eat supper.  Let her dwell in her own mess…I’m not playing the game.

Gas was 1.99 a gallon in Lebanon, Missouri and seemed to get higher the further north we traveled…I think it is $2.29 here and that really irritates me.

The Lt’s came over for coffee tonight and brought circus peanuts.  Do you know how much I love circus peanuts…I remember when I was young, I ate so many that I up-chucked them….when I mentioned it to them, they were more than willing to sit around and watch me eat them – they were hard up for entertainment….

I seem to have been taken over by I don’t give a shit-itis.  Things that used to be very important to me are not important anymore…I want to stay home…I want to work on projects…I don’t need drama…I have no desire to “get ahead” at work…I don’t want to spend time with people I don’t have real affection for..I do not want to play games and force myself to be phoney so as not to hurt someone’s feelings.  If I don’t want to do it – I’m not going to do it…If I want to do it – I will do it.  Is this an age thing? …. or have I just finally figured it out?  I’m going to commence being true to myself… 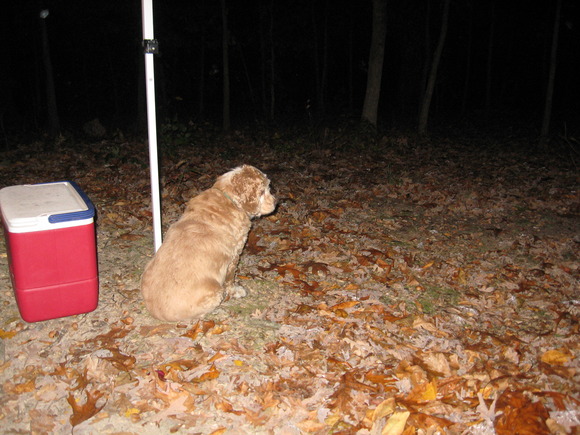 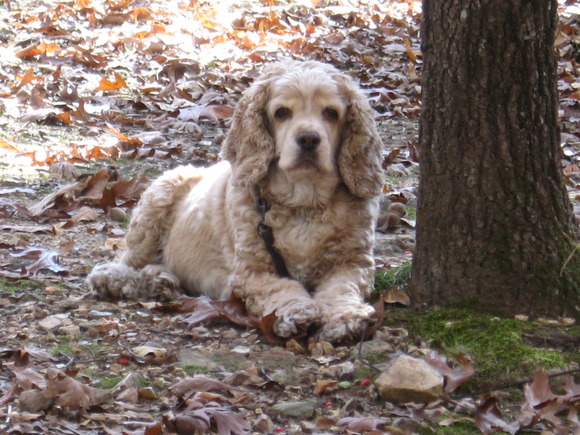 I do have to make special mention of Brett and Christa’s dogs.  Daisy has been around for awhile.  She is a great little camper and guarded our camping site every night…she’s the most loveable little cocker spaniel..

Chloeeeee just came into their life.  She was a skinny little stray that jumped into Chris’ car one day and wouldn’t get out.  She was not quite so well behaved but she is adorable…. 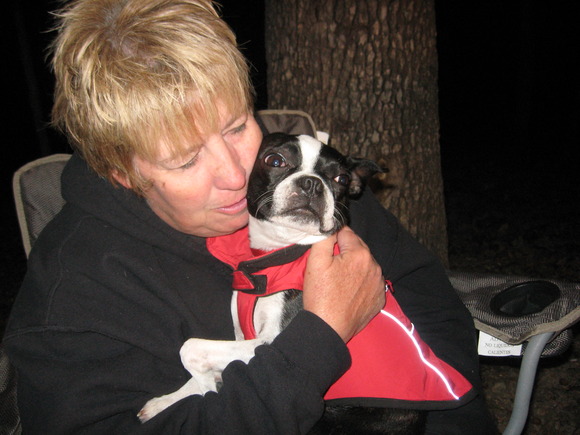 she is being held by Christa’s sister in law in this pic…spoiled already?  uh ya.

This one just cracks me up!!!! 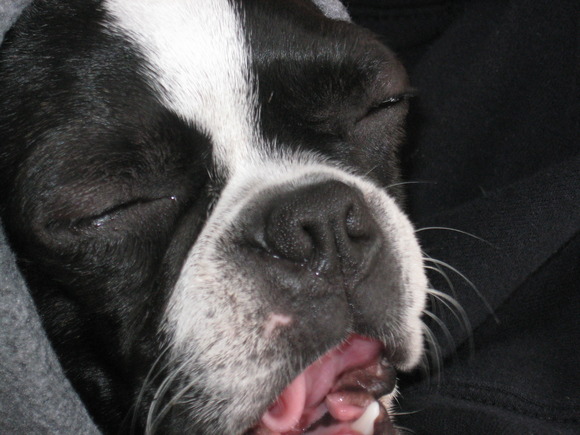 The weather was wonderful.  We did have rain one evening and again in the middle of the night a couple of nights – otherwise the sky was blue with wonderful fall days.  We were there with Brett and Christa.  Brett’s mom and dad; and then Christa’s brother and sister-in-law came from Rockford, IL; then Brett’s brother and niece drove down from Pella, Iowa so there was always something going on.  B and C and his folks initially camped on a double site then when they left – we moved the pop-up over to their site…still up…what an adventure.  We ate fish, antique shopped several days – drove nw of Springfield, MO for an auction – traveled with the group to the Bass Pro shop in springfield on another day and ate at Lamberts south of Springfield.  This is the throwed roll restaurant.  After you order your entre – waiters and waitresses circle the restaurant with bowls of sides and warm rolls – you want a roll – you stick your hand up in the air and catch it.  A really fun place.  If you are ever in the Branson/Springfield area, it is worth the trip…I think there are 2 or 3 in the area.  In case you see familiar faces from my pics (because I’m always looking for the 6 degree connections), you can go to my Facebook philninab@gmail.com where I have more detail attached to the pictures.

It is good to be home.  Got a phone call at 0730 this morning from Aunt Frances…something was wrong with my mother – she was unresponsive…Aunt Frances had already called an ambulance.  Things weren’t normal – she was sitting on the side of the bed in an awkward position but she swore she was fine and then would fall back to sleep sitting up…she was down right nasty to the amb crew and refused to let them take her pulse or her b/p…I finally told them I would sign a release that she refused care.  I finally got her back into bed “laying down” against her will.  She would wake up long enough to be irritable and say she was okay and then off to sleep again.  I think there is something going on there but told Aunt Frances to keep and eye on her and let her sleep for awhile and we would make a decision later.  Aunt Frances, apparently, has just told her that she is moving back to Des Moines at the end of November.  Aunt Frances gave her a good year at home – out of the nursing home – she needs to get back to her own life and her own church – have no idea what will happen to mother.  I’m guessing she will be going back to the nursing home…I won’t offer her a bedroom at our house this time…last time she indicated that being stuck in a bedroom here would be just as bad as a nursing home.  ahem…ya.

Well, I go back to work tonight for 1 night – I need to get some sleep even though it is afternoon.  I’m slowly going to get caught up on your blogs…I have no idea what is going on in anyone’s life…so…until next time….. 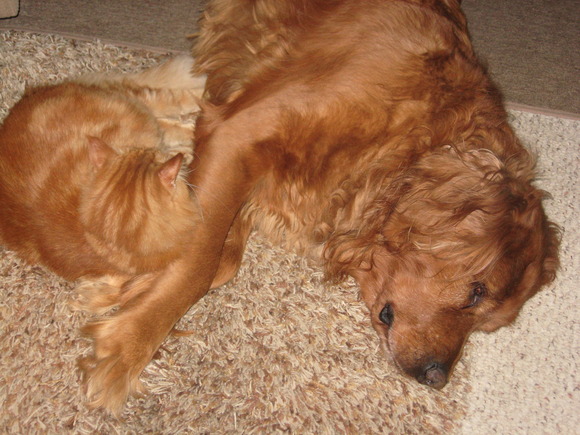 I couldn’t sleep for some reason so I was up around 0500…I wandered, checked the computer, check DVR recordings and came across the Sex and the City movie… but it didn’t seem right to watch it…was almost like breaking the rules…..WHAT RULES….I live my life by my conscience, for the most part.  When I go against my conscience, I feel like I must need to apologize to someone or I feel bad because I did something wrong….and taking it one step further – I’ve always thought that God gave us a conscience to direct us doing right and wrong…

I watched Sex and the City movie…it’s 0930 in the morning and I just watched a movie.  Who cares…where does this sense of right and wrong come from?  I know I always try to do the right thing…and I guess the right thing is that which has been put into my head by my upbringing, by my parents…by the adults in my life, perhaps. I don’t want to scream at the top of my lungs during prayer at church, I don’t want to run naked down main street at high noon…but maybe I need to stop taking myself so seriously…stop trying to be “perfect” – perfection is in the eye of the beholder?  Maybe I need to step out and take a chance…ask myself why….just why.  Is there a reason for my decision or is it because it was my parent’s decision…hmmmmmm

I got my free flu shot today from the county health nurse…I usually have it given in my hip…today she told me that I had tough leather skin on my hip…well, thanks very much…I also have really large strong hands to go around your wrinkly throat….ahem..anyway…Do you get a flu shot?  or am I just playing into the hype?

I am so bummed….I take pictures of everything…but I had a sort of party/bonfire tonight and didn’t take any pictures.  Mike and Kim and Sarah were here…and then on the other side of my life, Deb Cooper was here – we went to church together in the 70’s.  Karen and Ed were here.  Karen and my brother -in-law used to be an item and that is how I met her…Deb Cooper (who I hadn’t seen in years) and Karen are nurses and were teaching when low and behold Sarah became a student of theirs…Sarah knew that Karen knew her mother Kim thru me but she happened to ask Deb Cooper if she knew Kim…uh, no…then she asked her if she knew Nina Brown and Deb initially said no – then she asked Sarah if she meant Nina Green (my maiden name-there is a story there too) and it all came together – one of those 6 degrees of Nina Brown.  So…they were all here along with Jenny for supper and then “he” started off the bonfire…which was just a little trickle of smoke to start with due to the rain in the last couple of days – but bring on the blow torch and we had a wonderful rip/roarin’ fire….it was great to get together with everyone.  Kim and I had visited Karen a couple of years ago when she was stationed at Walter Reed Army Hospital in DC…Kim and Karen hadn’t seen each other since then and Deb Cooper and Kim had never met….but no pictures…..

Just planning to “hang out” tomorrow – I go back to work Thursday night and only have to work Thursday and Friday nights – we leave for Bennett Spring on Sunday.  This will undoubtedly not be the only time I mention it…

I’m just giddy tonight #1 – we are going fishing at Bennett Spring for 10 days – leaving on the 19th…it’s only a week away but he and I want to leave when we get off work this morning.

#2 – I’ve been trying for weeks to learn how to turn words into links.  Xanga FAQ told me how – but it said to click on the link button on the left side of the editor…I finally had to step back and look at the big picture…it is on the right side..unless the entry is looking at me..then I suppose it would be on the left side.

#3 – I’ve had this little crush on Tony from NCIS for quite some time.  I told “him” the other night that maybe we ought to put a picture of Tony above my side of the bed and one of Ziva above his side of the bed…so tonight in my boredom…I went to IMDB to do a little stalking and I found out that he used to be married to

#4 – Victoria from the Young and the Restless and they have a child together…WHAT.  She is now married to her co-star Y and R husband Thad Luckinbill…goodness…now while I think that Luckinbill aka JT is kinda cute.. whoowhee…Tony must have been an ass for her to dump him and hook up with JT….

That’s it…that’s what is going on in my life right now…..

Mom!!! look what Baxter did while you were gone…. 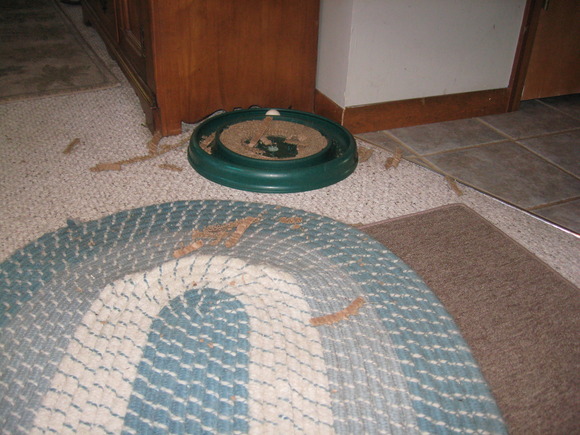 He’s working on the boat…we got the new seats, we got the carpet, he is putting the deck on … it is October… 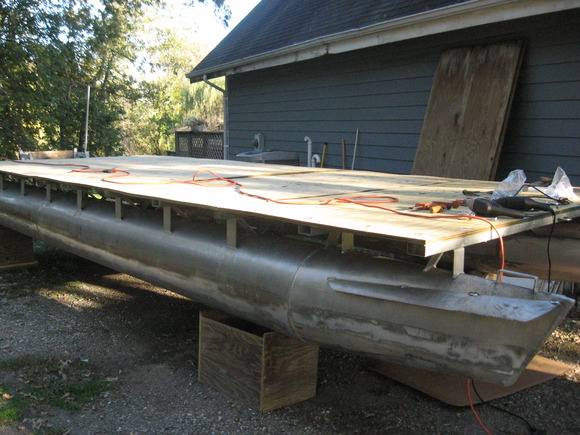 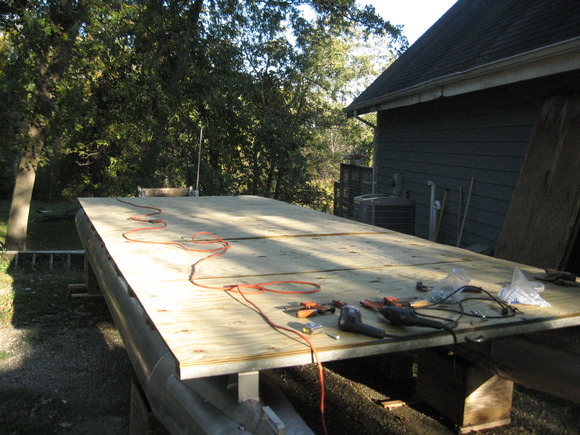 Early summer, I showed you the beautiful green cornfield across from our house…. 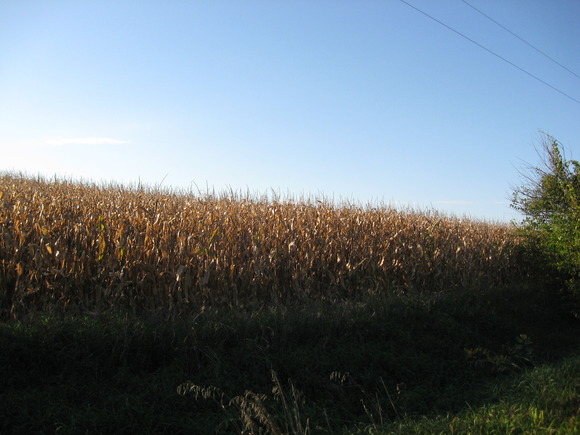 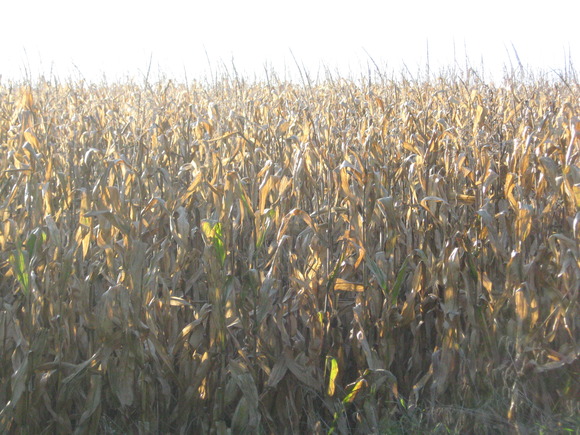 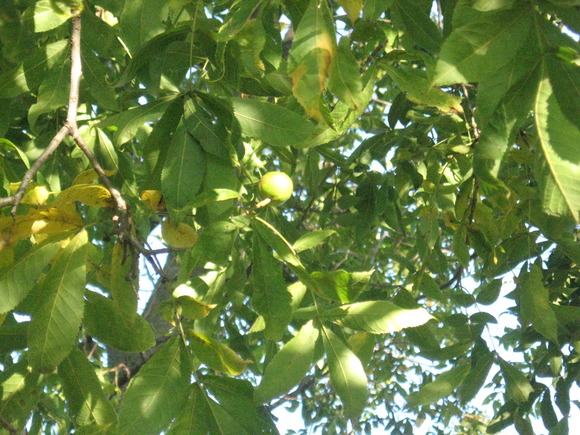 …and they are dropping from the red haw tree 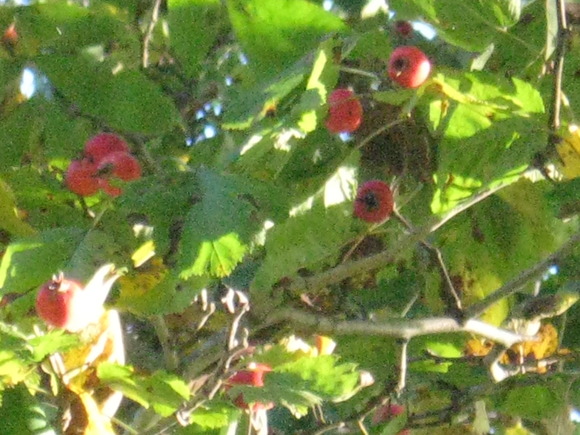 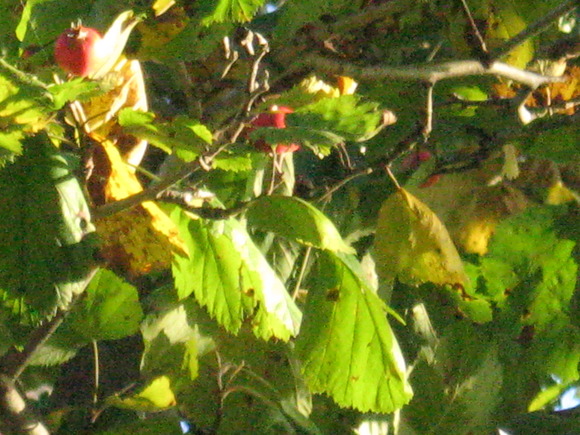 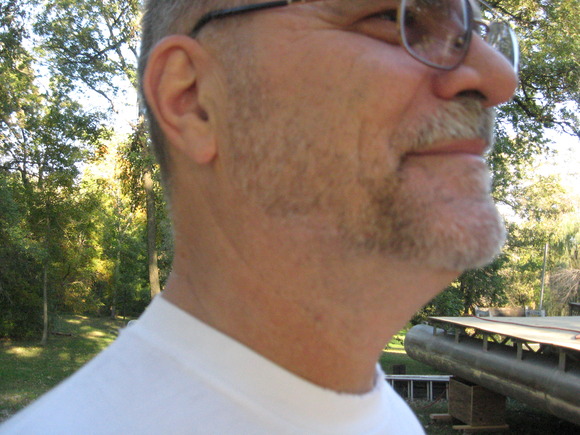