I always find myself irritated to hear parents talk about not letting their children believe in Santa Claus because it is lying to the children…that along with the Easter Bunny and the Tooth Fairy…ya whatever…to each his own…my issue, folks, is with Micky and Minnie Mouse…Here’s the deal…children grow up seeing Micky and Minnie on TV or at DisneyWorld..that fun loving, cute little mice…then one day…reality sets in…it’s just like the day my oldest daughter learned about mice.  She was about 3…we came home in the evening and she was running around doing her non-stop talking…she kept coming from the otherside of the kitchen island trying to tell us something…unforunately for her, I’m the one who walked around the other side of the island to see a dead mouse in the dog bowl…I did what most cartoon women do…eeeeeeekkkkk or was it really a scream from the gut that critters for miles around stopped what they were doing and immediately felt dread…Jenny included, she started screaming and quite frankly, she hasn’t been the same since.  Over the years of country living – 32 years – I had not seen as many mice as I have since we brought cats into our lives.  Worthless cats…. 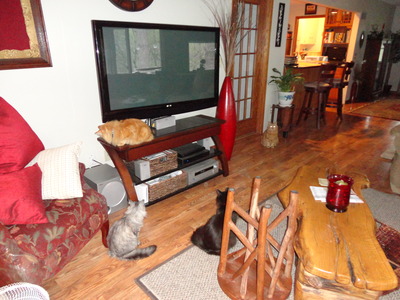 When I got out of bed this morning..they were all hanging out in the corner of the dining room.  I believe there is a sign that says Welcome Mice here.  It is where they always go thinking they are hidden…the cats all sit around and watch…Baxter – the dark cat is really the only one who has enough energy to take chase and the only one who is obviously smart enough to pick the mouse up…but none of them are killers…they play with the damn mice…until it gets away and then they lay in wait… 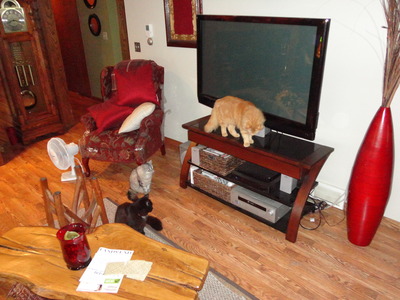 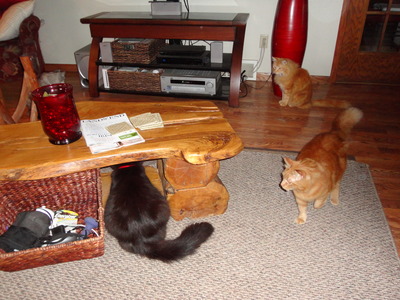 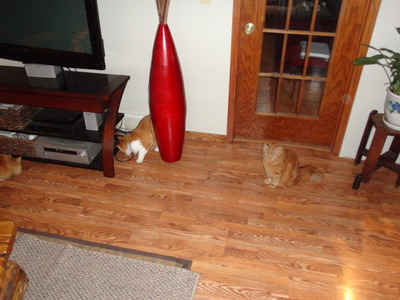 At this point, 3 of them are in the hobby room..watching and waiting…What could be the best part of my day is that “he” has left a pair of shoes near his desk…need I say more.

5 thoughts on “Micky and Minnie Mouse”