We’ve been all up into the history of Bennett Spring since I accidentally found some information on the Department of Interior website last night. 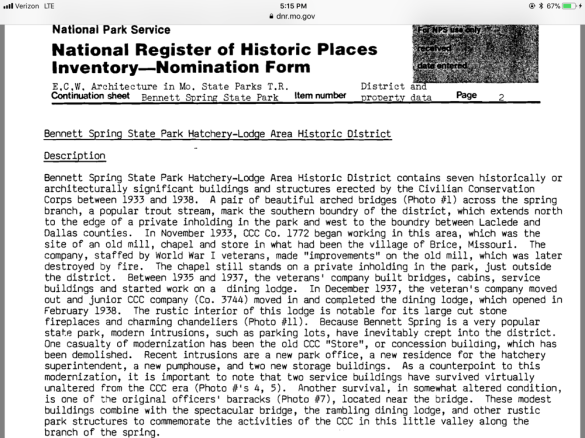 Today we  attempted to find some of the CCC buildings built in the 30s…there are several of them still here and I love that fact.  While creeping around this morning, the fish hatchery manager found us and wow…..he was a plethora of information and he loved sharing it.  I’m waiting for him to send me some pictures he has of the building of the new damn in 1960. 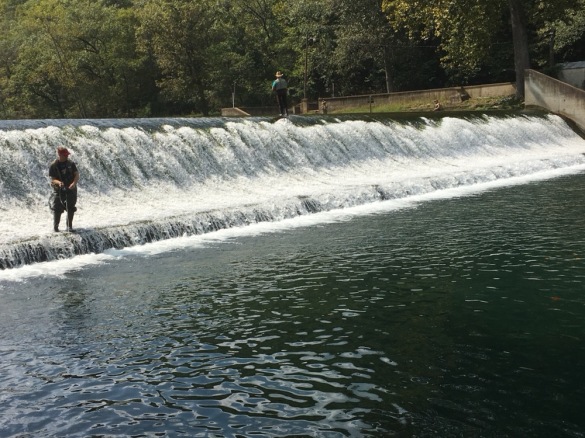 The old dam abutments are still there and we could actually see the reinforcements in the water but could not get pictures because of the reflection.  He is standing on one end of it. 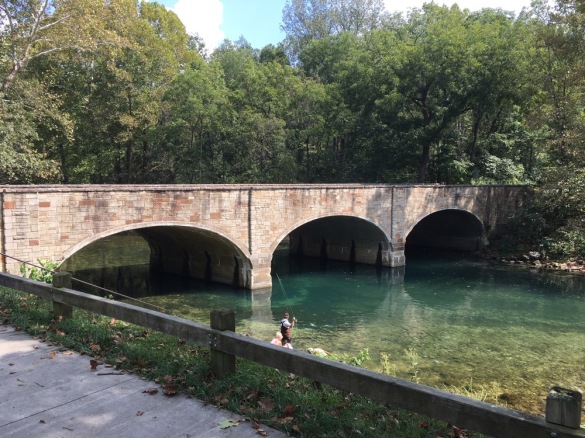 Today and then.  Then was a hotel.  An elderly gentleman who blasted  the horn for the beginning of trout season 2017 shared stories of the hotel where he and his wife stayed…rooms went for $2.50 a night 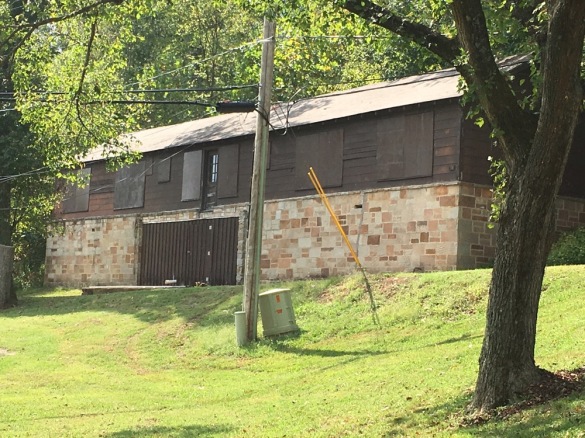 Of course, the lodge which hasn’t changed much. 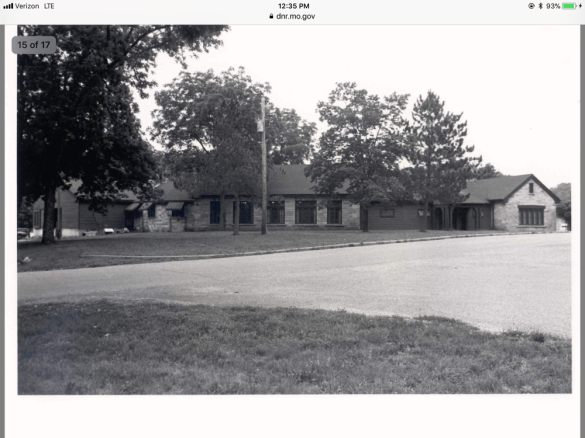 And this building which has been many things…currently restrooms

So…now he is off to catch some of these