He and I watched a documentary of the Coliseum in Rome 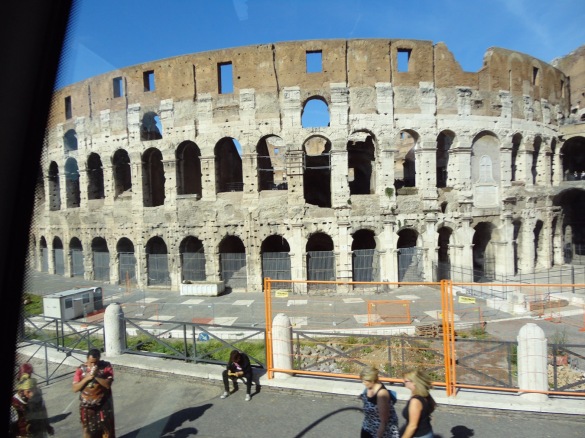 Most of the show featured an architectural engineer who was trying to put the what and how together using laser technology to figure out what caused the creases and crevices in the structure and evaluating the skills of the Roman builders 2000 years ago.  Much discussion centered on getting the lions and tigers and other miscellaneous wild animals up into the ring so they could either become victims of vicious killing or the slaves and prisoners would be mangled and killed by these wild animals.  All for entertainment of the men, women and children!  I remember my two visits to the colesium, taking in the history.  Touching the railings and walking up the stairways built so many years ago…while wondering how in the hell anyone could cheer while watching the massacres!

In my mind, the violence in America today doesn’t even compare to what was experienced as entertainment by the Romans.  Our Middle East hate and savagery would have been acceptable behavior!  I have a difficult time wrapping my mind around it.

One thought on “Violence in Rome”