Subtitle:  Sharing the spirit of the win

Late in the 5th game of the 2015 World Series, the family room at Jenny and Justin’s house was electric! I’ve always been a baseball fan…but nothing prepared me for the experience of winning a World Series by the team I’ve rooted for only two years with a room full of lifetime Royals fans.  I must use the word electric again.  The house was vibrating with it…and then the fireworks exploding in the neighborhood and with double high fives all the way around and normally just loud fan screaming at the TV became a riot of jumping up and down and dancing around the room.  It was contagious!  My son in law brought us all together for this one.  After the late in the 4th game victory, he didn’t give anyone a choice…we would all be back together for game 5.  Same clothes, same seats, same food…the only thing we were worried that we screwed up was we all parked different in the driveway for game 5!

I giggled when Justin thanked us for moving the KC last season because it obviously helped! 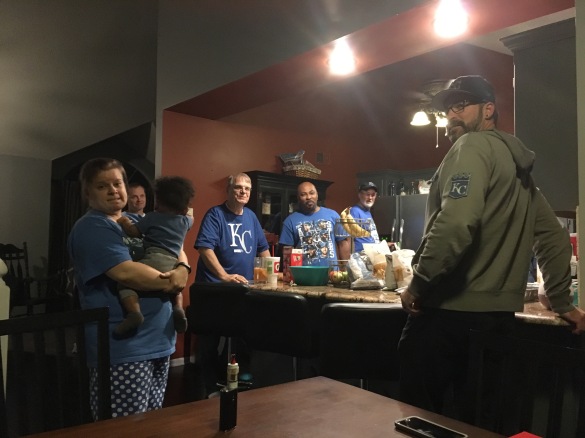 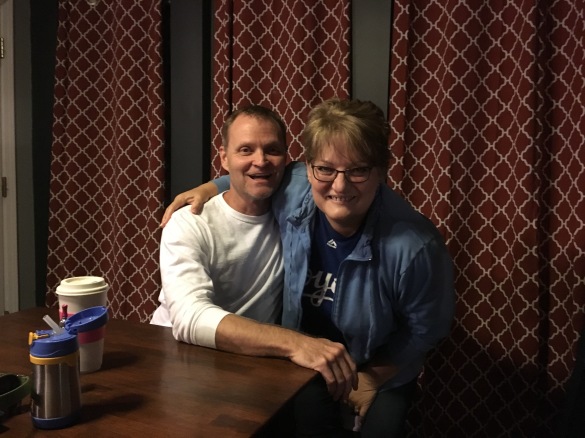 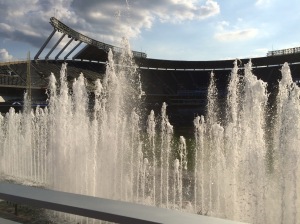 He and I have not missed watching very many games on TV this year…it became our evening entertainment.  On the way home last night, with our car still buzzing with ELECTRICITY, I asked him…what are we going to do now?  The season is over!