He and I have known each other since the early 70’s.  I have no idea what really connected us back in church youth group…I, at one time, thought maybe it was because we are both only children…but, I don’t know…it’s deeper than that.  We never had any of the boy/girl type complication although there was a little while that I thought he was really cute…and then I just thought him to be my adorable best friend.  We went to different high schools – he could have gone to my high school but he had a vision and ended up at the technical high school.  We went our separate ways after my graduation in ’74 and his in ’75 and we lost contact with each other off and on.  When I met Gena, Groundhog fit right into the triangle.  They both loved tropical fish…I, of course, didn’t like tropical fish…and of course, I was the one at home alone when one of the mama fish started giving birth and the babies were being eaten…that’s terrifying blog material for another day.  We all traveled together to Cincinnati one time to see a Red’s game….she and I went to visit him one time when he was in Cincinnati at the bible seminary. 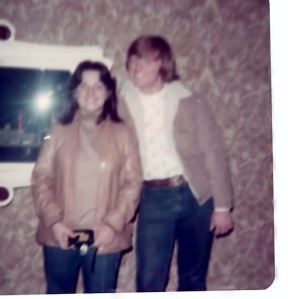 She and I went to visit him in Abilene, TX when he went to the college there.  He was an usher at our wedding

Again we went our separate ways……and again we reconnected.  He is the one who actually inspired me to start blogging – in those days it was over on Xanga.  There is no one on this planet who could be more my opposite…there are so few things that we agree on that a rare moment when we both say yes – gets written on the calendar.  We used to argue – I like to say debate – over EVERYTHING!  He is a libertarian and I’m a moderate liberal and all the garbage to go with that…he is a strong Christian man…I’ve backslid into calling myself spiritual.  I trust him with my life and I think the feeling is mutual.  I have his back.  period. 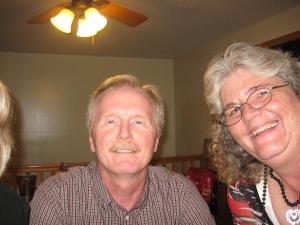 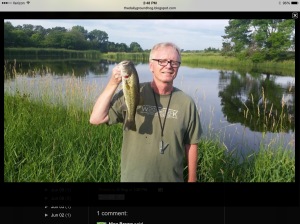 His mom passed a few years ago.  She was his rock.  I didn’t see his mom often after we all went our separate ways – but when I did see her, I adored the way she would look at me with a smile and gently say, Nina.  He has now moved in with his father who has dementia.  Doing the right thing?  Perhaps.

I awoke at 5:30 this morning – I don’t do anything at 5:30 in the morning other than sleep.  I picked up my IPAD and went to google+ and there was a 16 minute video he had posted.  A video taken from 8mm of him as a youngster.  One little scene of him as a toddler at a park and his mom calling to him and he began to run to her and she swept him up into her arms.  It hit my soft spot very hard.  Everytime I think of him today, I tear up.  I can’t imagine the day when we don’t have the relationship we have…when one of us is dead.

5 thoughts on “I have this friend, Groundhog”