I have had a few people in my life that I have connected to so closely that we shared a brain.  One of them was Brett (the friend I lost from lymphoma in April).  The last time it happened was his 1st week in the hospital…I was sitting in the room with him and I said..Oh, by the way, I sent…he said ya, I got it..thanks..I was going to tell him I forwarded the video of Katy’s teaching to his email.  I had another friend, who has since moved to another part of the state, who could follow my rambling thought process and finish my sentences or we would have some cosmic moment where we would start talking about the same thing at the same time totally unrelated to the moment.  I have varying degrees of this connection with other friends..I have a girlfriend that I always feel a sisterhood with, that will never connect with me this way because she is very, very literal…another girlfriend is more like me than she really thinks but always mentions when my thought process is all over the place although I know she follows…I know I drive some people crazy because my thought process is all over the globe..I feel like in a minute of time, I can be 60 different places in my thought process…if I happen to pick you up on my thought process, I can converse about it and my mind is still working…this isn’t like while you are talking, I’m thinking about what I’m going to say, because I can totally focus on what you are saying but my mind is still going.  It possibly is my job…having to listen, talk and think all at the same time.  I always remember the time I had a woman on the phone who thought she was having a heart attack and I had the receiver at the other ear explaining to a husband how to help his wife birth a babe before the paramedica arrived…I find that I can remember from the radio a 9 digit number (soc or Iowa driver’s license number) while talking or listening to someone on the phone…I’ve tried to figure out how this is actually accomplished…I told Phil the other day that I think it is rythem…I’m not really sure…oops…appears I got off on a tangent there…

My question of the day…why do some people totally mentally connect…others can follow a thought process from here to there back to over there and then down there and others just don’t.  I don’t understand the 31+ year connection between Phil and I and he can’t read my mind!  I used to think this was a dispatcher thing…and it may have to do with immediate, critical thinking…but I”m not sure…

By the way www.xanga.com/primevalwench has a good blog today…

If you live in a community with volunteer fire and ems people rather than a public paid crew, please thank them someway…whether it be a case of water or soda, snacks for the next monthly meeting or send them a donation…You may not know who these people are or how much work they do in preparation of saving your life…but you should.

As a dispatcher for 9 volunteer fire/amb agencies and one paid agency, I’m here to tell you that life would not be the same without these heros.  In addition to the monthly meeting, there are classes and classes and testing they must master on their own time.  Then they get to respond at any time of the day or night to all kinds of calls whether it be Christmas, the hottest day of the year, the coldest day of the year, their anniversary, their children’s birthday..whenever you need them…they drop what they are doing and go.

A whole group of area volunteers spent 3 hours together this morning, working a mass casualty of their own making.  This was training for a school bus rollover with 24 kids on board. The incident included volunteer kids, learning how to triage patients, transporting patients, how to communicate with one another, how to communicate with the county and the hospitals training for accepting mass trauma.  Following the scenario, I made a trip over to the area involved to participate in initial critiquing.  These volunteer men and women, with clothing drenched with sweat, offered up great food, conversation and a sense of accomplishment for a job well done.

Now if you live in a large city, you may be thinking that you will not have to deal with a bunch of non professional people trying to save your life…but remember, if you travel anywhere on the roads of the United States and out of the big city…you may be relying on a volunteer fire department or EMS when you most need help.  I’m proud to know these volunteers and am very proud  to assist them doing their jobs!

My dad always tried to prepare me for everything.  We used to have lots of conversation with him preparing me for things that might happen…like a traffic accident – if you are in a traffic accident and are not hurt, don’t cry and scream because then the ambulance people would tend to you instead of someone that is really hurt.  These are the kind of things I learned when I was young.  In turn, not to the same extent, but I tried to prepare my daughters for every eventuality… At some point it came to me that you CANNOT prepare for everything….There is a song by the 70’s christian rock group, Second Chapter of Acts that says You don’t know which way the wind blows so how can you plan tomorrow….

When Phil and Katy and I were in DC earlier this month, I tried to focus on right now at this moment.  Right now at this moment, I’m happy…I feel love…life is good…this is where I want to be.  Sometimes I get so caught up in life that I have a difficult time just being.  I’m generally an optimistic person but wonder and “worry” sometimes about why I focus on the negative stuff…I need to be focusing on what is going right instead of what has gone wrong.

I do not want to grow old and be cantankerous and hate everything and everyone…I want to wake up every day happy that I woke up…I like that often printed adage, I want to slide into my death yelling yipeee wow…what a ride.

May 1, 1970 In protest, students of Kent State University symbolically bury a copy of the US Constitution saying Nixon has murdered it.  They call for another rally on May 4th.  Also May 1, members of Black United Students rally to discuss harsh treatment elsewhere and warn black students to avoid campus gatherings over the weekend.

May 2nd, 1970  Ohio National Guard troops, requested by the mayor of Kent, enter campus with city firefighters who were called to put out a fire in the ROTC building.

May 3rd, 1970 Ohio Governor, James Rhodes labels demonstrators as worse than Nazis and vows to eradicate the problem.  10pm Guardsmen disperse a sit in at Lincoln and Main with tear gas and bayonettes.

11:45 May 4th, 1970 Guardsmen prepare to disperse the noon rally on the Commons.  They are ordered to load their M1 rifles.

Guardsmen line up 50 feet away from the ralley at the Victory Bell on the commons. 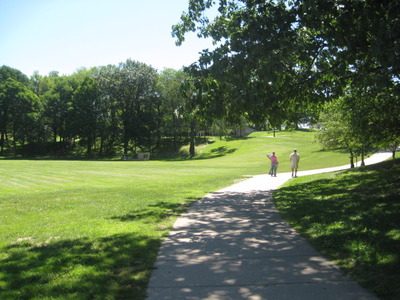 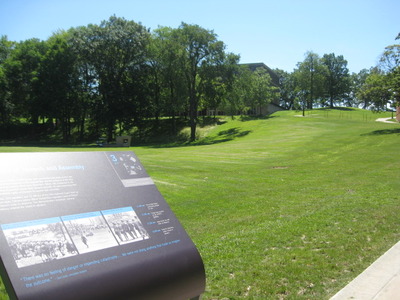 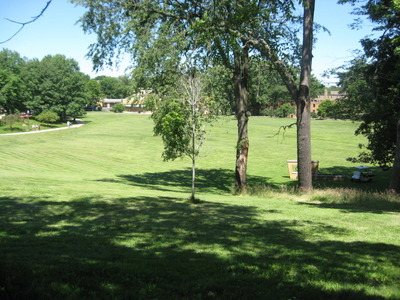 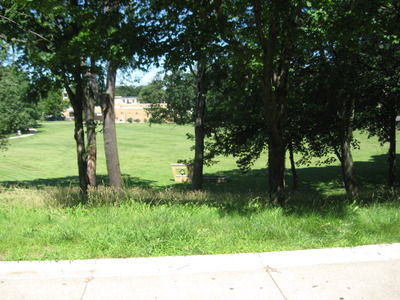 During 13 seconds, 28 of the 76 Guardsmen on the hill fire 67 shots.  Students are running away and dive for cover, some unsuccesfully.  Nine Kent State students are wounded and four are killed. 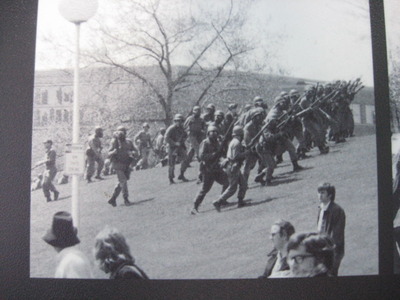 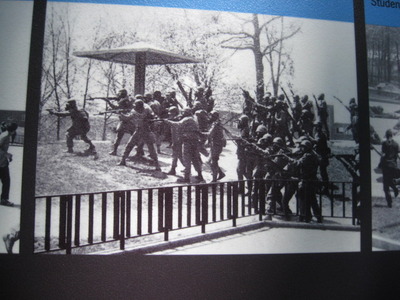 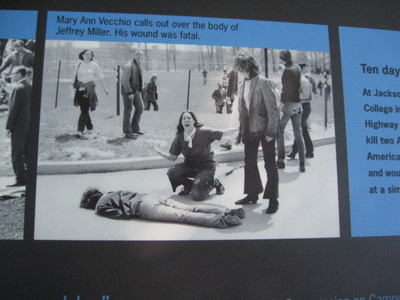 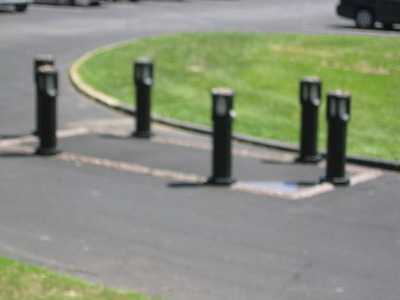 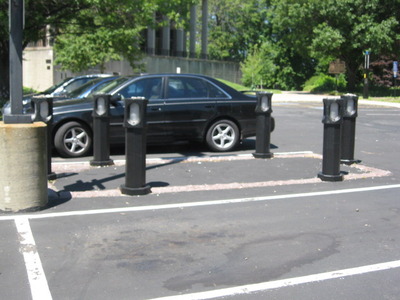 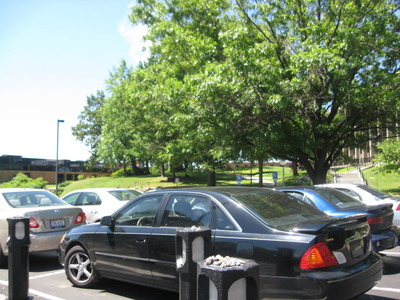 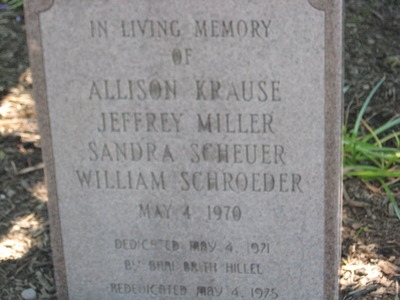 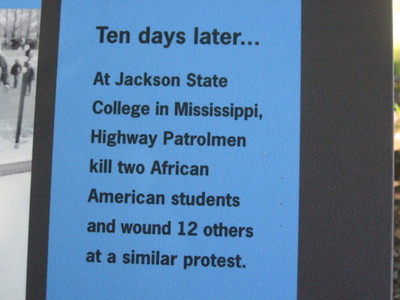 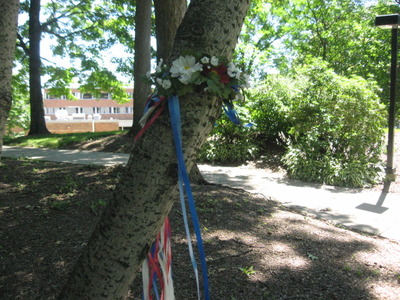 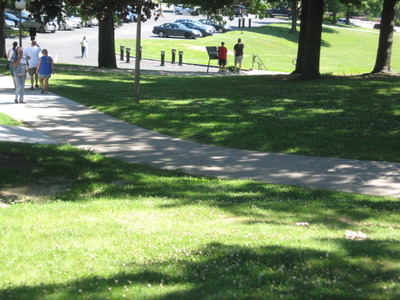 I visited the memorial today – 40 years later.  One of the plaques  states that students would have had to have the arm of Micky Mantle to even come close to the guards with rocks.  Visiting this memorial today, I was overwhelmed with anger…I was shocked to find out what really happened and sickened by the thought of the murder of 4 college students taken out by lethal force for exercising their First Amendment right.