We didn’t get much scrapbooking done today – mostly looking at each other’s photos.  We are going to try to have a scapbooking event every month rotating between the three homes.  I came home with a mission to get all of the critter’s pictures that I want to include in the scrapbook off of snapfish so I’m ready to go next month without hesitancy.  While going thru pics tonight – I found pics of the beloved dogs who have gone before.  Josh – the schnauzer was adopted in 1980  and he lived to the ripe old age of 17.  He was a typical small dog but very loving and very protective of his family.  Phil was his favorite…Jenny’s first word was Josh – probably because that is what she heard us yell so much. 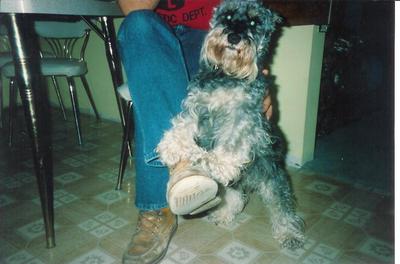 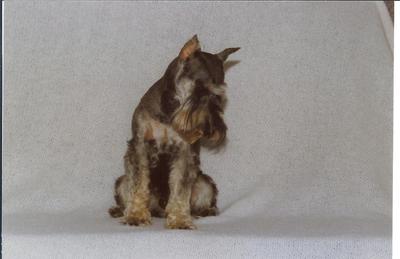 I also found a couple of pictures of Edie – the poodle that I grew up with. Eide and I were not the best of friends..she was my mom and dad’s dog and the only thing she liked about me was sinking her teeth into my hands.  We got her in 1964 so I would have been 8 and she died when I was 19 or 20. 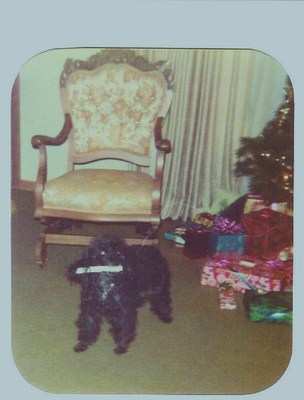 Maybelle came to our house as a stray in May and she was a girl.  She slept in the culvert under the road..I was going to take her to the rescue league because I didn’t think really want another dog but I was over ruled.  I always felt bad that we kept Maybelle outside – although she did have a spot in the basement when it was hot or terribly cold.  As an outside dog, she didn’t get the love and attention she deserved.

This is a pic of her as a pup when she first adopted us.

Then there is my beloved Brandy 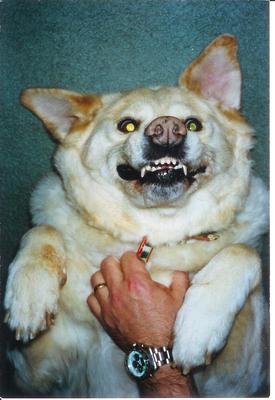 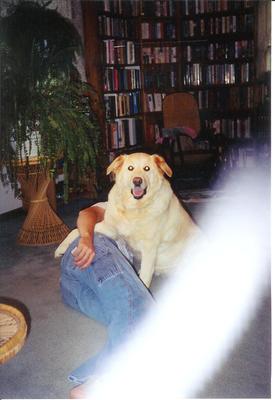 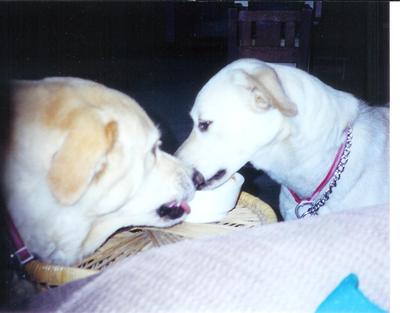 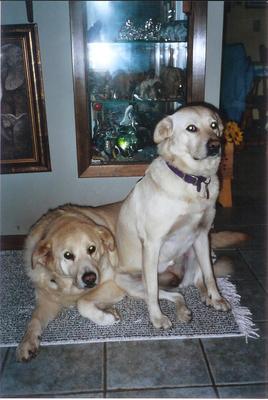 Brandy was a golden/lab mix – she’s on the left of the pics with Sierra.  She took my heart..we adopted her from some good friends who were moving to Arizona and didn’t feel she could make the trip.  She had some medical issues so we took her for accupuncture, put her on a weight loss program and were able to keep her going for about 4 years.  Sierra irritated her to no end.  As you can see that is not a smile she is giving Sierra having to share cleaning out the ice cream bowl.  Brandy is the first of our dogs that took a piece of my heart with her when she died.