After I ate the last radish out of the bowl that was siting on the counter that I THINK I used last night for my apples and blueberries, I looked over at Truman and realized he was sleeping peacefully like a well nourished cat with a full belly. 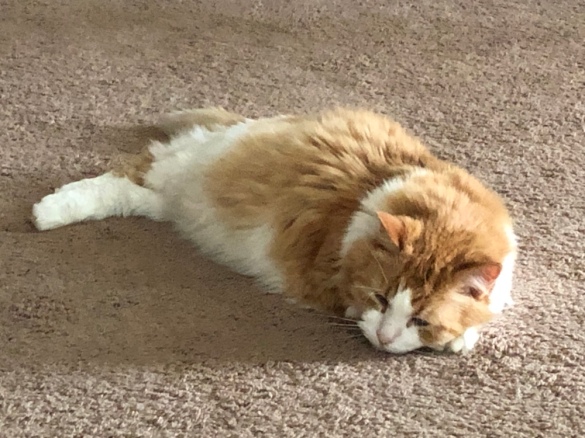 Why this is an issue? Truman likes people food. We seldom eat a meal…..especially on the couch while watching TV….where Truman is not in stealth mode slowing making his way over to our plates. First he jumps up on the end table and takes a seat. Then he begins the leaning toward the plate phase where we begin the Truman, TRuman, TRUMAN!! Once he is adequately discouraged we will hear him jump from a kitchen chair to the counter to scope out droppings or lick a preparation spoon that is laying in the sink. We recognize his modus operandi and what’s more we have totally given up! What we don’t know is how much he gets on the counter when we are away from home or asleep and what have we recklessly left for him find.

Thus the oh crap moment after lunch when the realization hit me that the bowl on the counter “appeared” clean; but, I totally recall picking a brown spot out of my apple and leaving it in the bowl along with a couple of deformed blueberries. Ugh

One thought on “Radishes and cat people”