5 years ago when we bought this house, we decided that the kitchen needed upgrading…so to get us through, we decided to have the cupboards painted and had a laminate counter top put on to replace the well worn counter top. To make it fit we had to rip out the old back splash…and we didn’t replace it because we knew we would be eventually ripping it all out…so why did I think I had to have a new countertop 🙄. Kind of bummed when we went to Lowe’s and priced cabinets…$$$$ and they were not exactly what we wanted…so I finally called a guy here in Pleasant Hill. He’s retired and does this to keep busy and I liked him and his kitchen ideas and suggestions immediately. So we decided to go for it!

HE is doing the removal! It started with the floor while I was in Vegas.

Today….it begins! We will be living with no kitchen other than the refrigerator for a couple of weeks. Thinking about the process caused me some anxiety…but now that it’s happening, it will just be another adventure and so worth it. 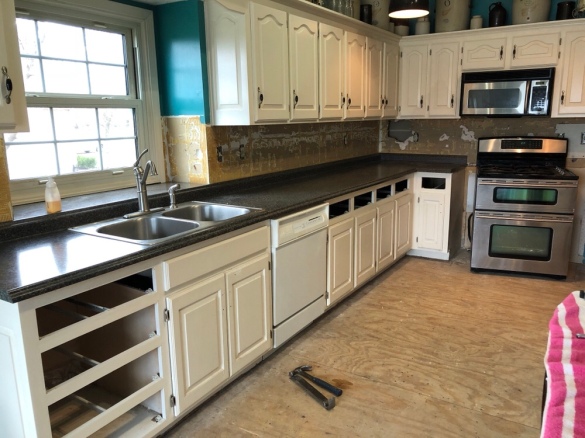 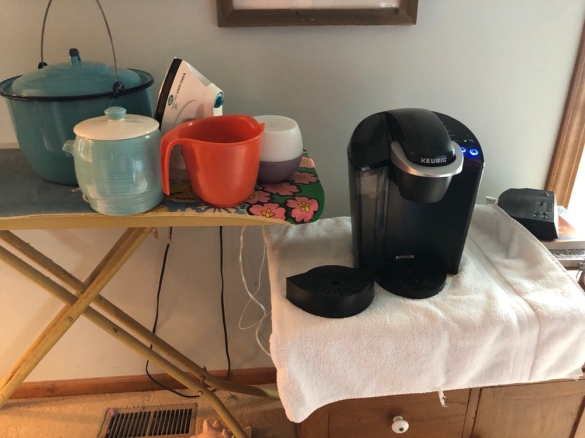 Keurig in the bedroom…hmm…not a bad thing…two sinks for dishwashing…not a big deal….4cats and one old dog thinking…seriously, you didn’t think just moving the couch 6 inches was enough to mess with us ??? 🙀

3 thoughts on “The kitchen remodel”