Had a couple of people asking about our hybrid camper last week after I posted a picture in a blog.  I took some pictures while we were camping earlier this week.  We combined a doctor’s appointment with a whirlwind visit with some good friends and Katy and Adam….by camping, we saved some money and we were able to haul Frannie around with us instead of having to board her.  I think we actually did save money not having to get a hotel room because camping fees are much less….and we were able to prepare our meals rather than eat out all 4 days…but when we had to stop and get gas a little more than half way on the 4 hour trip, I started to get nervous. 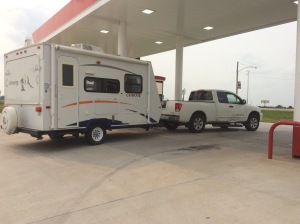 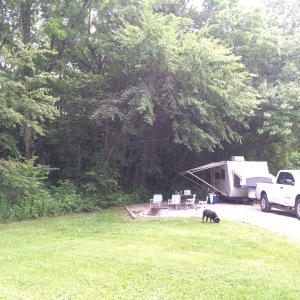 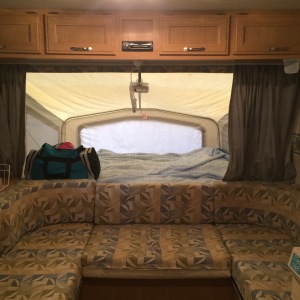 I say MY BUNK because we can’t sleep together – it’s big enough but neither one of us is willing to sleep on the outside! 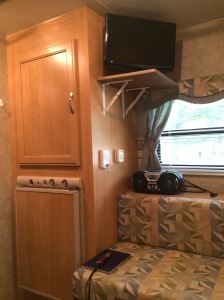 Kitchen with 3 burner gas stove, microwave and plenty of storage 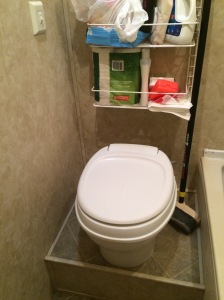 I use the shower for storage….

It is very comfortable for camping…air, heat, hot water and battery backup….as well as 2 burner outside stove and outside shower faucet which could make a camping trip so interesting!   I frequently try to talk myself into getting a 5th wheel camper – but the more bells and whistles, the more can go wrong….and it is just the two of us.

One thought on “The Coyote…”