Thought I would start out today with a tail… 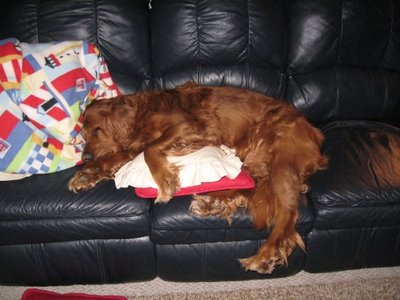 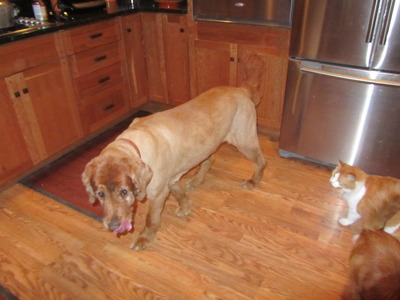 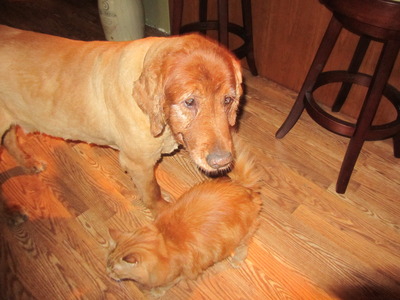 The cats were freaked!!!! or maybe it was just me 🙂 They wouldn’t leave him alone when we first got home – I assume they smelled the nasty old vet’s office. I can’t tell if he feels better or he’s tramatized…we’ve hidden the mirrors..he always has that…Oh Ya..remind me…attitude..

It appears the renter situation is going to end shortly.  I can’t remember if I told you I had him served with a 3-day notice by the sheriff’s office.  Well…this got his attention..that night, we worked out an agreement – he still owed $280 from June and all of July’s rent.  Since he paid first and last month rent when he moved in – he was paid up for his last 30 days…so he decided – ahem – that he would move the troup out on August 15 so he would only owe me 1/2 a months rent – July 1 to July 15…fine, fine..as long as I get the money in cash yesterday prior to 5pm.  He msged me early afternoon that he was just getting in and wouldn’t be back to Newton until 6 and if he was out by July 31st could he just owe me the $280…WELL HELL YES.  I told him to add $20 he owed me for a bounced check earlier..this he did.  $300 cash…paid up..they are starting to move today.

A friend got a bad diagnosis..

He and I have reconnected with some old friends… and it feels good..

I’m chatting with a new friend, who I really like, but I didn’t know she liked me 🙂

Weigh in tonight at WW…

4 thoughts on “It’s a Wednesday”