Captain..I think we are taking on water…it was windy, the waters were rough, the boat was loaded with 6 adults and one cute little cocker spaniel named Daisy…by the way the adults on board had 2 things in common – they all weighed over 175 – some by a long shot and all were wet.  “He” and I took the boat and camper down to Lake Red Rock over the weekend.  Sunday afternoon Brett and Christa and Daisy along with Tom and Rhonda joined us on the lake.  The first indication that there may be issues was when a couple of boards splintered off of the boat trailer as we were lowering the boat into the water…by the time we got turned around and headed out on the lake, most of us realized that this was probably not a great idea because water was coming up over the front of the boat..sometimes just little waves of it – sometimes great splashes.  “He” attempted to move folks around to redistribute the weight farther back on the boat, Rhonda’s sandels were floating to the back of the boat, Daisy was standing in water, as we turned around to head back in, the waves started floating over the right side of the boat…we tried to load back onto the trailer but the wind and waves kept us cockeyed and the rear end of the boat kept sliding sideways.  I told Brett to save a cigarette because if it looked like we were really going to die, I was going to smoke.  Whew.  We made it – but as he and I were pulling up the long boat ramp, we heard that disgusting dragging sound of pontoon on cement…the wood that had splintered off caused the boat to hang down in the rear and we developed a scrape hole…now this is bad enough but after we got her parked, water started pouring out of the pontoon; and pouring…we obviously were taking on water in the pontoon which explains the waves coming over the right side… They all left with assurances that they had fun and we would do this again…probably empty words – we’ll never see any of them again.

Camping was wonderful.  The weather was warm but not humid.  We did nothing except read, sleep and eat. In fact Monday night, we sat around the campfire until around 3AM…actually cooked brats over the fire at 1AM.  We boarded devil dog but Sierra and Marley had a relaxing weekend also. 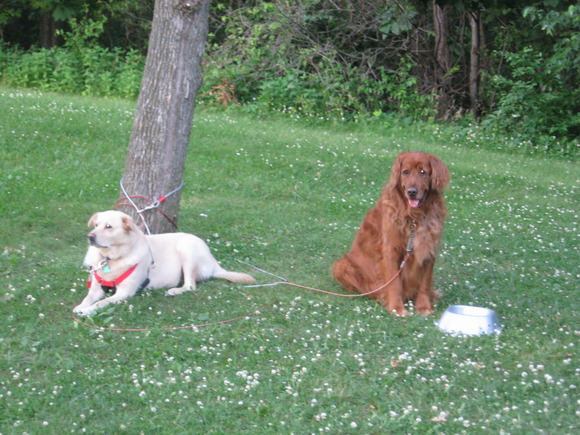 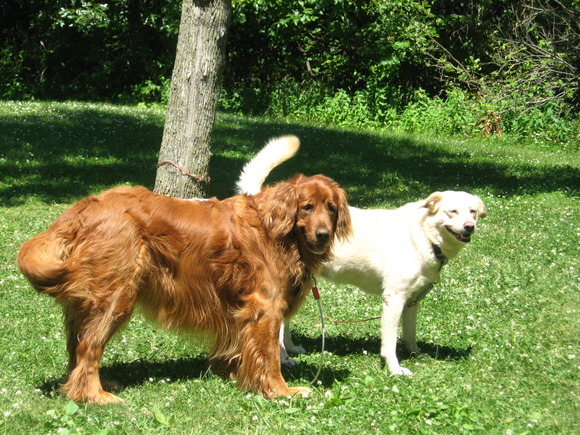 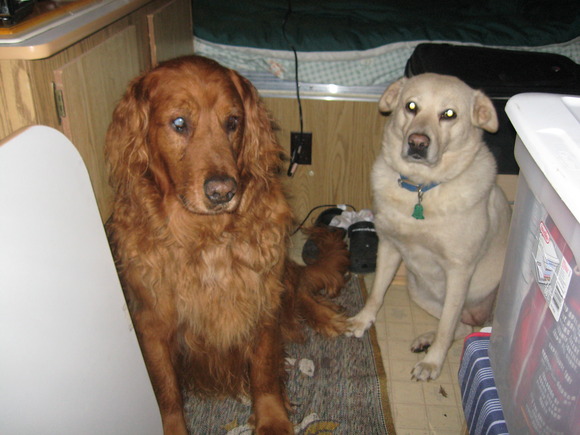 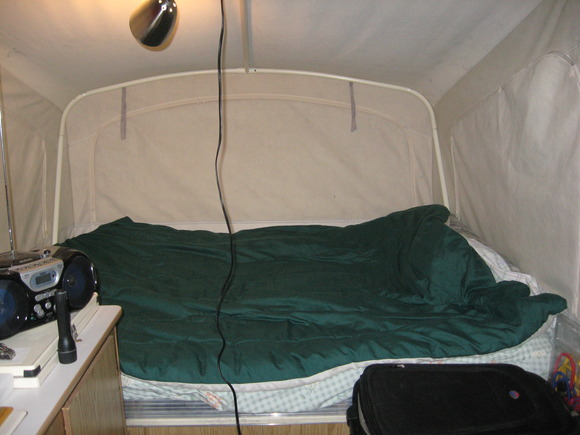 Bed spread and sheets pulled up over the pillow.  I can’t show you a picture of my disheveled bed – it is embarrasing..wouldn’t his momma be proud 🙂

I also added a video of Marley and Sierra when they thought they were alone.  They spent a lot of time together and he obviously appreciates her delicate lab face 🙂  This is not a sex video just a lot of slurpy doggie kisses.

–Edit–you know, I’m a little disappointed in Marley’s behavior..just look how he was fawning over Daisy two weeks ago see entry June 16th hmmmmm…now he’s looking at Sierra with a sparkle in his eye…

7 thoughts on “I think we are taking on water….”